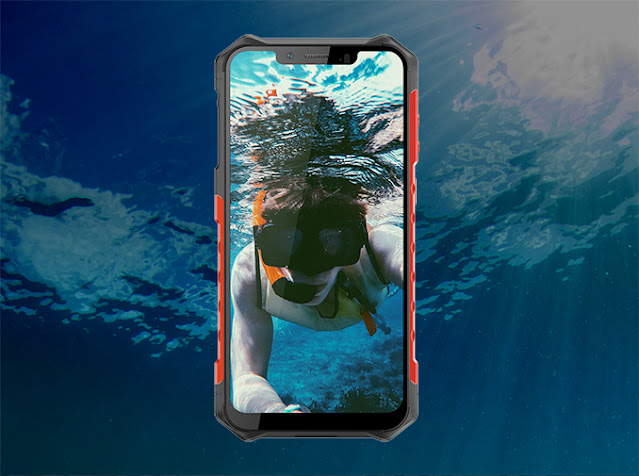 Ulefone has scheduled the global launch of Power Armor 14 Pro at the end of March. The retail price of the smartphone will be $399.99 (approximately Rs 30 thousand), but under the World Premiere sale, you can expect huge discounts on the smartphone.

Ulefone Power Armor 14 Pro is designed to withstand harsh and extreme outdoor conditions. And lastly, this 6.52” smartphone comes with IP68/69K and MIL-STD – 810G military-grade certification. This means that the phone is dust, dirt, shock and waterproof and can perform in extreme and harsh conditions.

But Ulefone Power Armor 14 Pro sets itself apart from other rugged smartphones not only for its stamina but also for its exceptional battery life. Similar to the Power Armor 14, the Pro version also comes with a 10000mAh battery that can last you up to two days on moderate usage and supports 18W wired charging and 15W wireless charging.

You have a triple rear camera setup with 20MP main camera, 2MP macro sensor and depth sensor. For selfie you have 16MP front camera. The phone also comes with a special AI Photoshoot feature in which it automatically detects subjects and adjusts the camera specs to give you optimum results. Ulefone Power Armor 14 Pro runs the latest Android 12 and comes with a fingerprint sensor, programmable side key, and dual SIM / microSD slot.